One of the most exciting new areas of study in collecting is the science behind buying decisions, a discipline known as neuroeconomics.  In the January/February 2010 issue of Fine Art Connoisseur, I wrote about this field in an article titled Why Collectors Collect.  The present piece, reprinted with permission from the July/August 2011 Fine Art Connoisseur issue with minor alterations, carries the concept further. It explores specific emotions evoked in a prominent mid-20th-century collector as he made buying decisions.  By considering his choices in light of present-day knowledge, we can more easily envision how the same principles might apply to ourselves. Indeed, as both a collector and a physician, I myself have tried to understand and investigate my own divergent feelings and questions.


A Test of Wills

Eli Lilly (1885-1977) served as CEO of Eli Lilly and Company in Indianapolis from 1932 to 1948.  (Fig. 1)  From the 1940s through the 1970s, he also assembled the core of the Asian collection of what is now the Indianapolis Museum of Art.  Lilly's initial dealer was C.T. Loo (1880-1957), arguably the most important merchant in Chinese art on both sides of the Atlantic between 1915 and 1950 (Fig. 2).  Loo was originally from China, but moved to Paris at age twenty and set up a Chinese art shop there (Figs. 3 and 4), by age thirty as well as in New York before he was forty. Fortunately, both men left behind carefully detailed correspondence, which forms the basis for my conclusions here. Lilly's papers are housed in the Eli Lilly and Company Achieves in Indianapolis, Indiana, while the Loo material is in the Frank Caro archive at New York University's Institute of Fine Arts. (1) 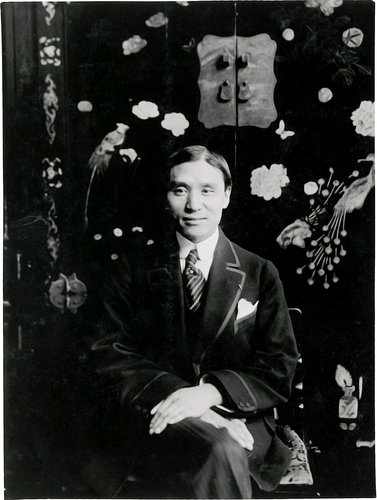 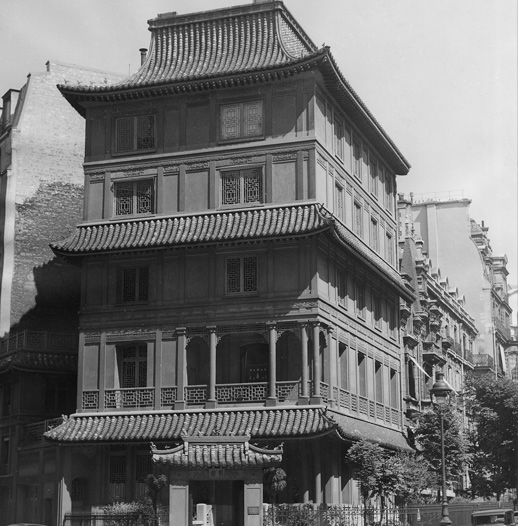 It is fairly easy to interpret the actions of this collector and his dealer thanks to our present understanding of neuroeconomics.  Research over the last 20 years in multiple laboratories using sophisticated techniques are beginning to make this an applied science, something we can use in everyday life, even as we set out to purchase objects we love.

One important finding is that there are specific brain areas in which certain decision-making processes take place. For example, the anterior insula region is a kind of cost sensor.  When the buyer believes an object is worth less than the seller is asking, this region is activated and gives a red alert.  Thus the purchaser's pleasure center (the nucleus accumbens) is dampened after having initially been aroused by an object perceived as desirable.  In other words, the cost sensor counteracts desire, and correlates negatively with purchase.

It seems that C.T. Loo triggered Eli Lilly's cost sensor more than once.  In May 1947, for example, Lilly was concerned about the price of a group of 19 Sung Dynasty ceramics Loo offered him for $54,350, a sum that would exceed $500,000 today.  (Among these were the two pieces illustrated here, Figs. 5 and 6)  Lilly's unease was based not on a "gut" feeling, but on his comparison of these objects' current prices with their much lower cost in Loo's 1941-42 catalogue.(2) For example, the green ovoid vase illustrated increased from $2,250 to $6,000.  Even taking into account high inflation during the intervening world war, I calculate that the piece would still be worth no more than $3,000, half of what Loo was asking.  Many other items were similarly increased in price.

"... in my ignorance of such things, your prices seemed high as
compared with your ... catalogue of 1941. Of course, an increase
is to be expected, but roughly it seemed your new  prices were on
an average of about three times as high as in 1941, and in a case or two even
four times."

Lilly was clearly uncomfortable and in a difficult position.  He wanted these works of art, which would figure prominently in the fledging Indianapolis Museum of Art; yet he also did not want to overpay.(3)  Moreover, Lilly knew that, if he purchased the entire lot, he would be taking at least some objects that had not sold earlier; he could make a fair assumption that these in particular should be priced lower, not higher.  Even so, Lilly made an offer that he probably considered generous: $40,000 instead of $54,350, 26% less than Loo's asking price.

Bickering about the price almost certainly made one or both men ill at ease, but their correspondence continued for several weeks.  In the meantime, Loo shipped the artworks to the Herron Institute (the precursor of the Indianapolis Museum of Art), where Lilly examined them in the dealer's presence. Loo had come prepared for any eventuality, and had wisely brought extra Sung ceramics with him.  On site, a compromise was struck: Lilly ended up with 24 rather than 19 objects, and Loo received his original asking price, though this now included five more pieces than he had originally planned.  Biologically speaking, Lilly's insistence on a better price reflects an inclination in all of us that is both natural and protective, one based on the activity of our cost sensor (anterior insula).

Apparently Loo was not put off by having had to supply more pieces for the same price.  Early the following year (1948), he sent Lilly photographs, descriptions, and prices for eight hand-painted Chinese scrolls. Two of them interested Lilly, Misty Forest and Rocks and Dragon Pursuing the Pearl. (4) In a letter, Lilly laid out terms for the potential sale:

"... if anyone wishes to sell us Chinese paintings he must be willing to ship it to [the museum, which] in turn will send it to several experts on Chinese paintings for their written opinions.  This requirement is not made because we doubt the honesty and sincerity of the vendor, but we wish to preserve the opinions of the experts to vastly strengthen ourselves if we would ever wish to sell the objects."

Lilly could not have expected Loo's letter in response, in which the price of Misty Forest and Rocks increased without explanation from $10,000 to $12,000. (5) The price of the other scroll remained the same.  And there was more: Loo apparently sent the scrolls to Lilly's home rather than the Herron Institute, in spite of the collector's explicit instructions.

These discrepancies surely concerned Lilly, who may have felt Loo was being less than straightforward.   A different area in the brain is stimulated when a buyer perceives duplicity: the amygdala.   This area acts as a personal Department of Homeland Security (or in the United Kingdom: the Security Service). We can think of it our fear axis.  This must have been stimulated in Lilly, who did not buy either of the scrolls and returned the package to Loo with this explanation:

"... I do not like to do this [return the package], but the full responsibility is not mine because I asked you in my letter of February 23 not to send these painting out without further communications. [...] The next time I am in New York I will drop around to see you and we may be able to continue something in a less strenuous and hazardous direction."

At this point, Lilly may have been starting to consider Loo to be crafty, as such distinguished collectors as Charles Lang Freer and John D. Rockefeller, Jr. had before him.

Every decision to buy requires a balancing act.  It involves intellect, which is located on the brain's frontal area, part of the modern brain and its executive.  It also engages raw emotion emanating from areas deep within the brain.  The latter are considered primitive in nature and include the three regions mentioned earlier - the pleasure center (nucleus accumbens), cost sensor (anterior insula), and fear axis (amygdala). If desire from the pleasure center has no offsetting influences, the executive brain will act on it and a purchase will be made.   If price is an issue that counterbalances desire, it can sway the intellect away from purchasing the work.  Fear does the same.

Though other emotional influences may also come to bear on the final choice, understanding the biological effects the cost, as well as fear or duplicity, contribute to a buying decision might have eased any discomfort Eli Lilly once felt in his dealings with C.T. Loo.  Today, recognition of this situation can assist collectors in making better decisions when buying a work: turning an unconscious process into a conscious one can only improve the result.

1.  Caro took over the firm after Loo retired.

3. At this point, the Indianapolis Museum of Art was not fully independent, but still part of the John